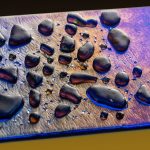 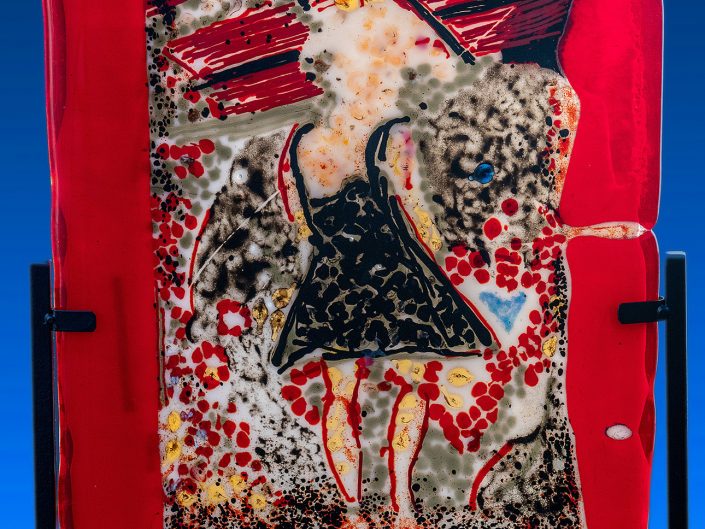 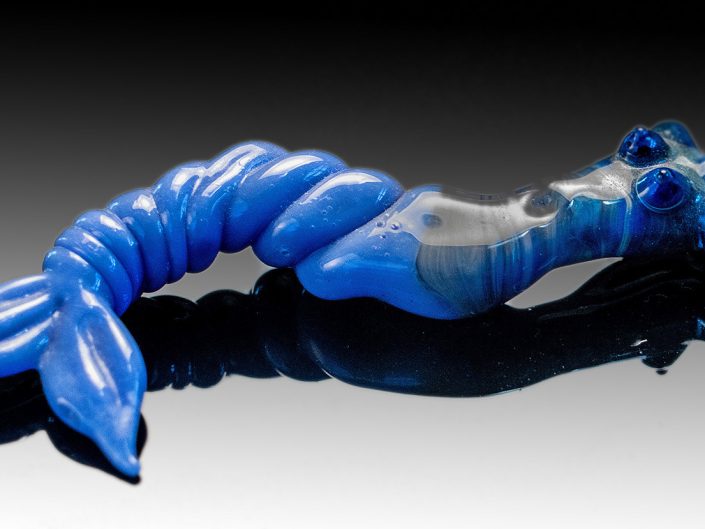 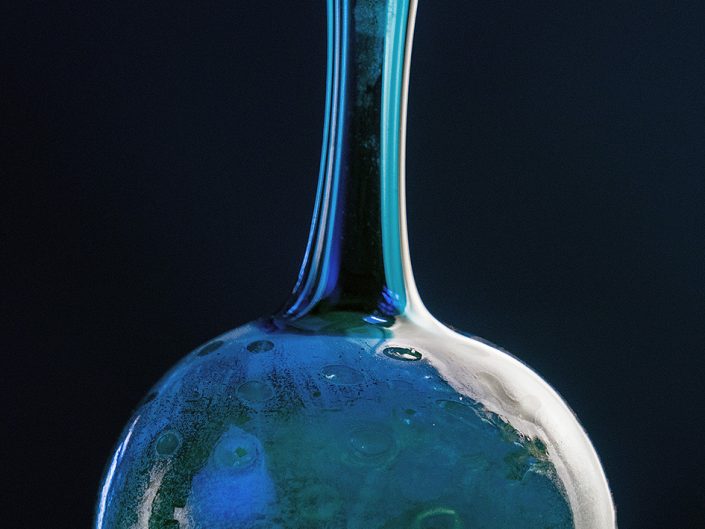 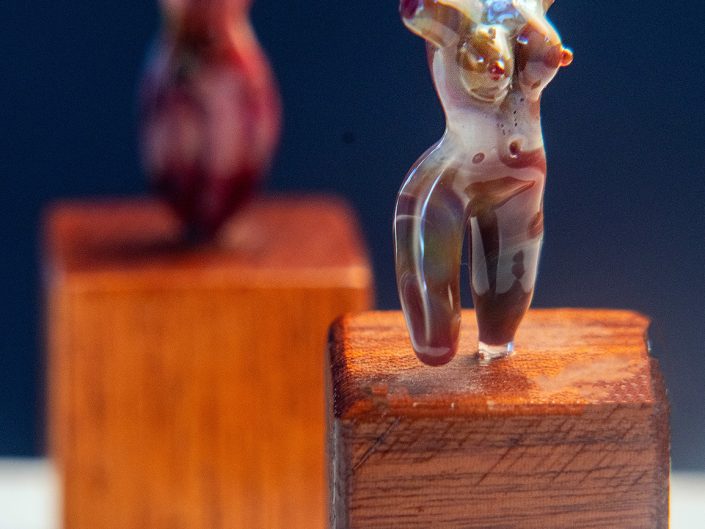 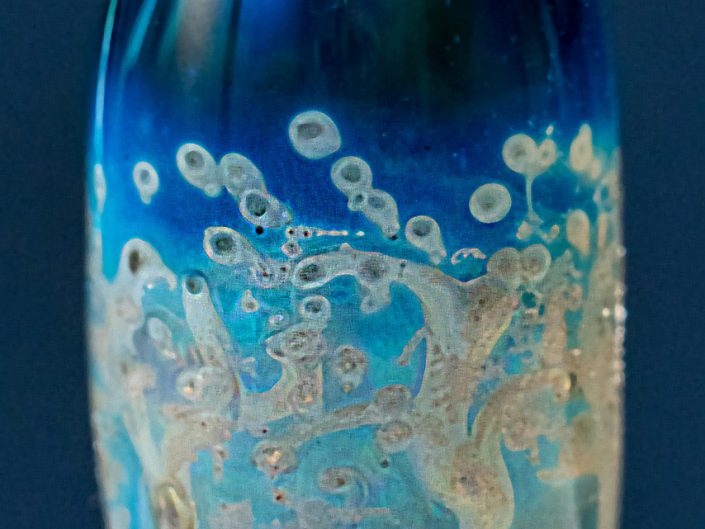 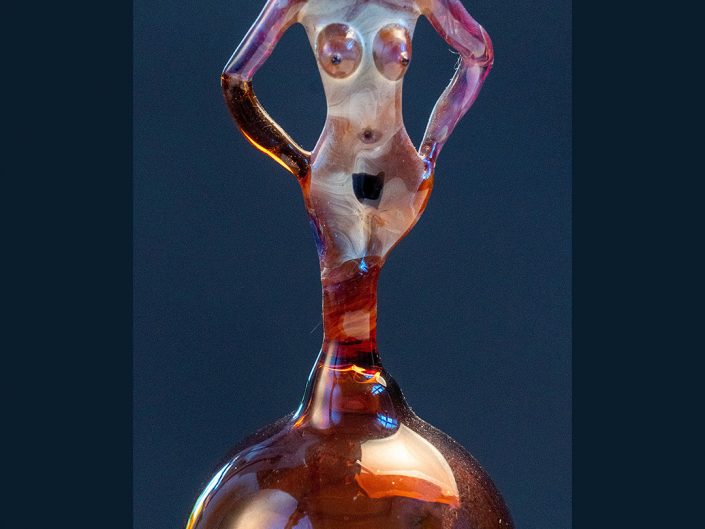 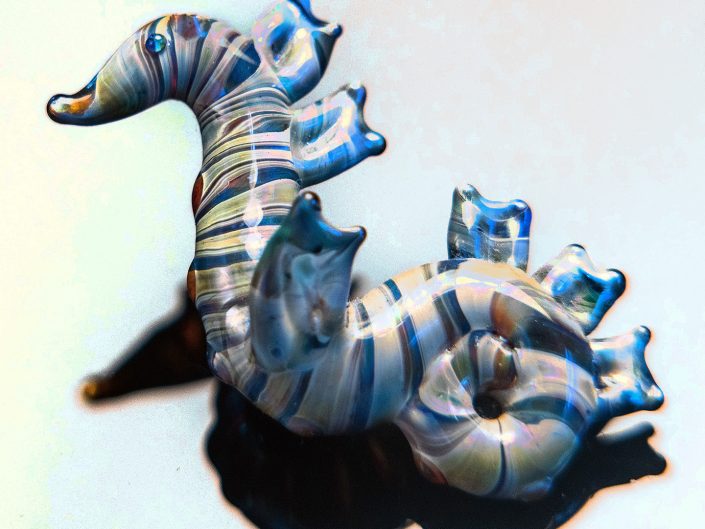 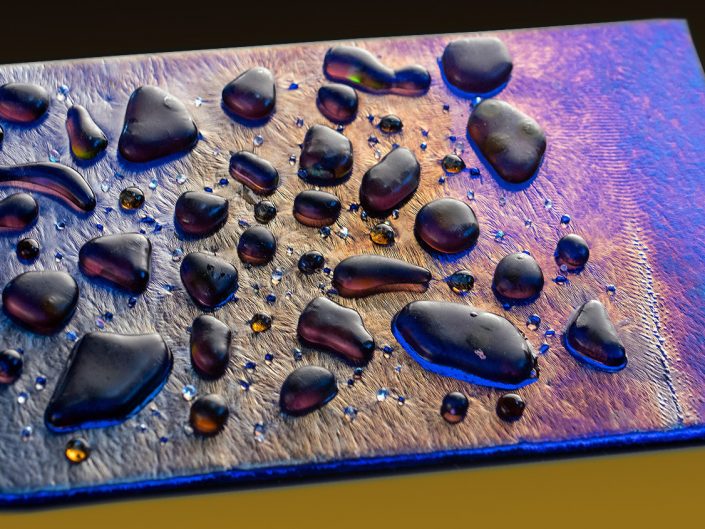 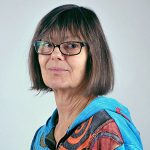 Ms. DiMarco has been flameworking and fusing since 2003 when she entered the Glass Art program of Salem Community College. After graduating with honors in 2006, she quickly became involved with the local art community. Since 2005 Deb has served as a Wheaton Arts volunteer, dedicating one day a week to help educate the public in the process of glassmaking and the history of glass in South Jersey. First she served as a “hot shop” narrator, speaking in front of an audience, oftentimes several hundred students on a cultural field trip. From this experience she was able to carry over many of the hot shop techniques that could be applied to flameworking. After several years in 2011, she moved over to the flameworking studio and has continued to demonstrate on a weekly basis. In addition, Ms. DiMarco hosts Walk-In-Workshops at Wheaton in coordination with special events.

In 2007 Deb worked as an instructor at the Walk-In-Workshop of Corning’s Museum of Glass. The months of May through September found her working on a one-on-one basis with students, where she estimates she taught over 1200 individuals how to make a glass bead. Returning to New Jersey in 2008, she soon accepted a position as Administrator at the Carlisle School of Glass Art in Millville, NJ where she remained until the end of the year. During that time she wrote  an instructional book, “Hand-Woven Off Loom Bead Necklaces”, which was published by Schiffer in 2009.

Deb has taught and shown on many levels from a volunteer instructor at the Noyes Museum’s “Family Fun Day” to an adjunct flameworking instructor at Salem Community College. She has taught  flameworking classes at the Banana Factory in Bethlehem, PA.  For the past six years Deb has been teaching elementary school art at Woodland Country Day School in Bridgeton, NJ. Since the school is equipped with a ceramics kiln, fused glass has been added to the school’s art program. Experimenting with the ceramics kiln, she found she could use a lower temperature to fuse glass. The students love working with glass and each year create fused ornaments for the school’s holiday tree.

Deb stays involved with the local community by sitting on the Board of Gallery 50, Inc. in Bridgeton, NJ and by being a member of the Salem County art group, Arts in Bloom. She is generous with her time and her work, often donating to various organizations such as Big Brothers and Sisters, The Liberty Museum Annual Auction, Wheaton Arts and the Salem Historical Society as well as to Salem Community College. Deb continues to give back to the community which has shown so much support for her work.

She  was recognized by the State of NJ in 2012 when awarded Best of Show and First Place in the category of Professional Craft for the state’s annual Senior Art Competition. Her work, “The Salem Oak” is an off-loom beaded tapestry of Salem City’s once majestic 300+ year old oak tree, and is now part of the permanent collection of the Salem Historical Society.