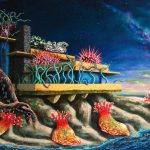 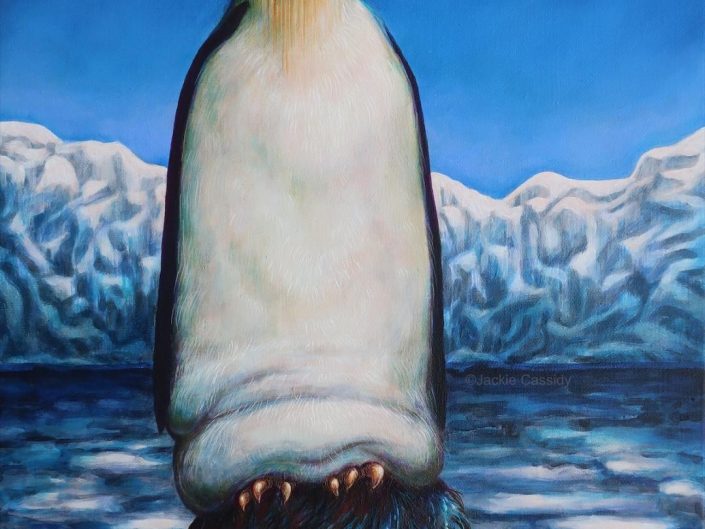 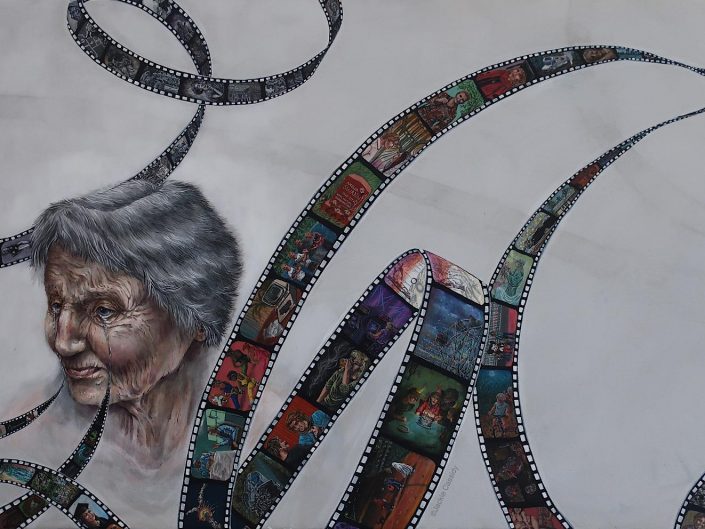 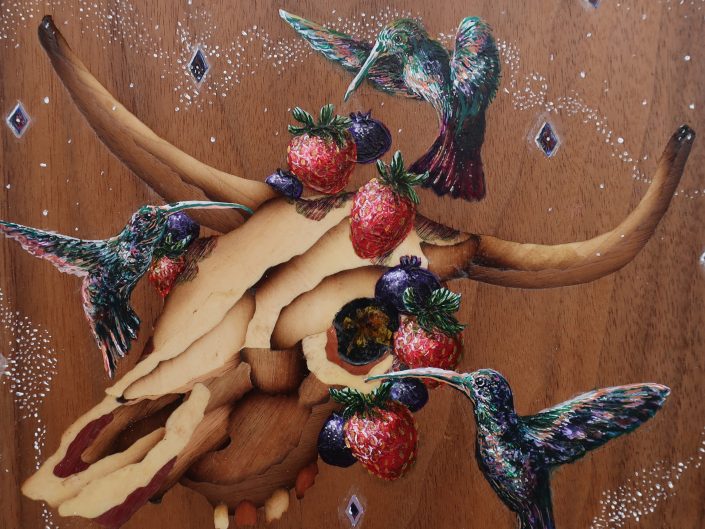 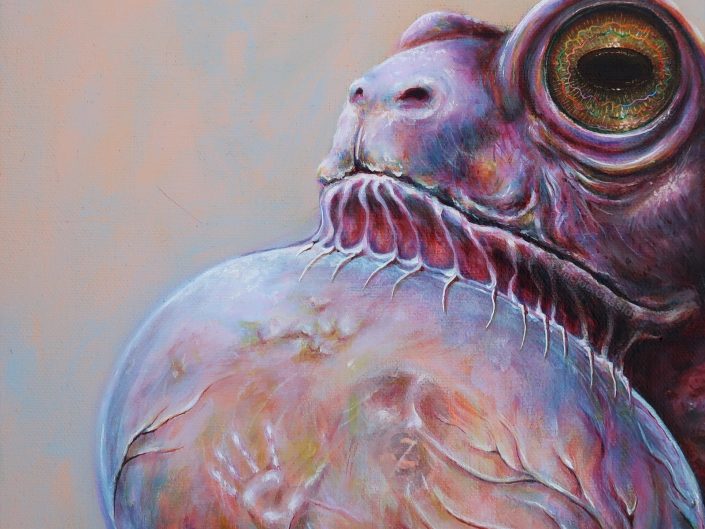 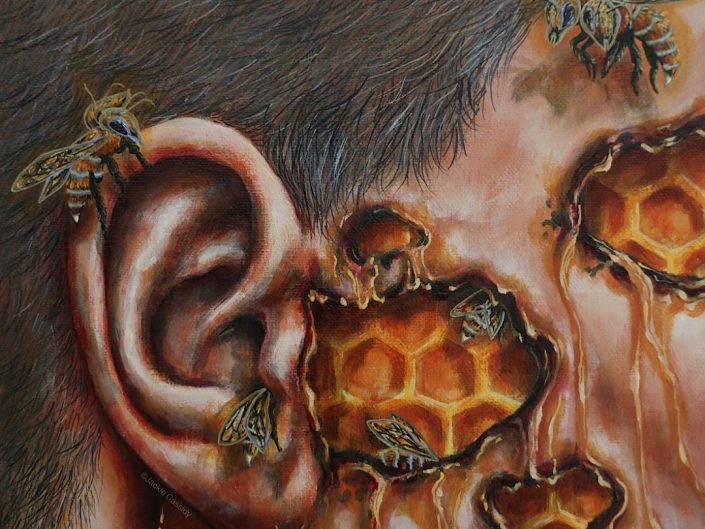 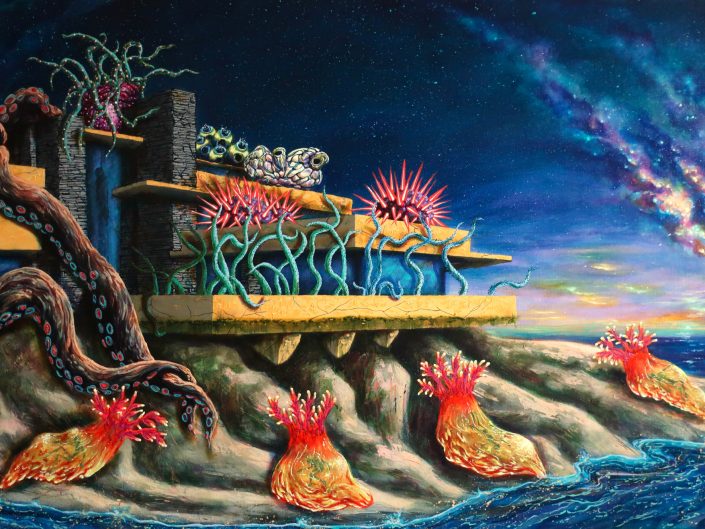 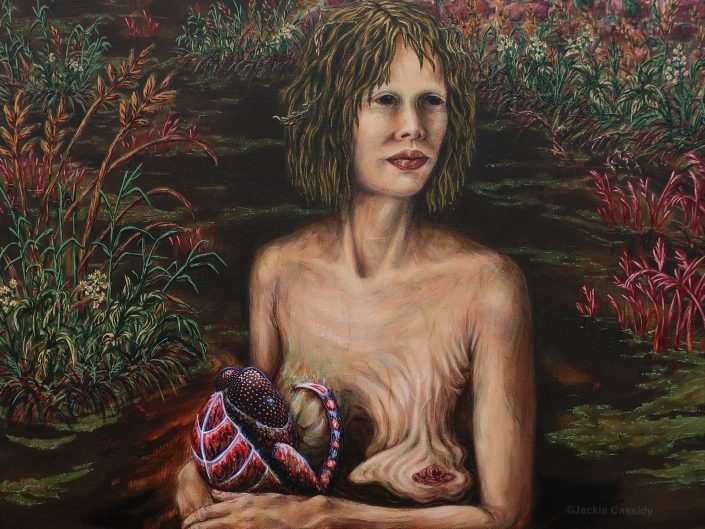 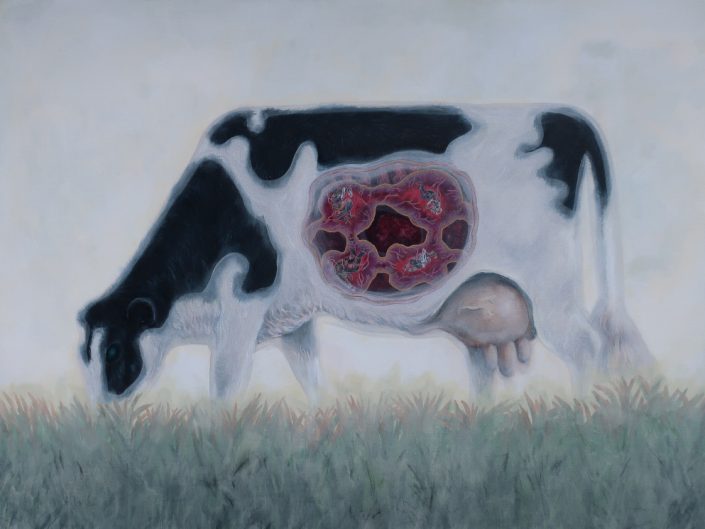 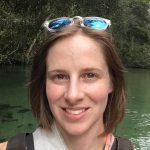 Jackie Cassidy is a painter and mixed-media marquetarian living and working in southern New Jersey. She is mostly self-taught, having graduated in 2010 with her M.A. in Writing from Rowan University, and has since exhibited at numerous galleries and institutions. Her work exists in collections in the U.S., U.K., and France. In 2017, she was inducted into Creative Capital’s Professional Development Artist Fellows program.

Cassidy’s character- and narrative-driven work reinvestigates with playful vigor the intersection between the macabre, dark humor, and the surreal. Through research, many of her paintings translate natural phenomena into something that is at once alien and terribly, terribly human