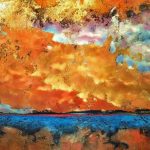 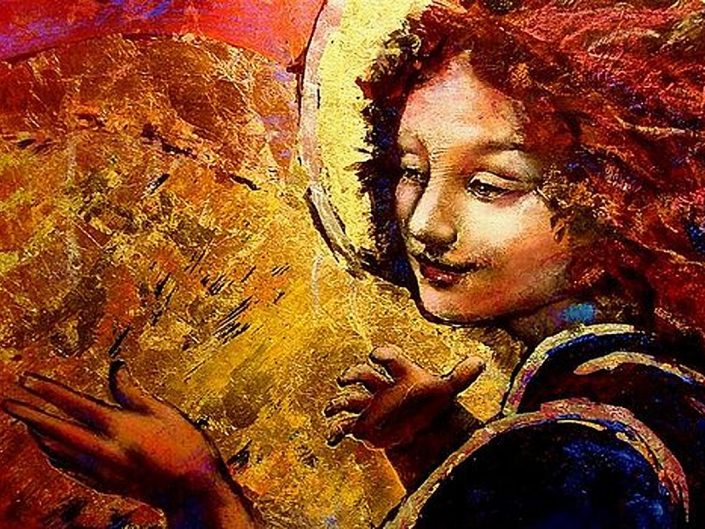 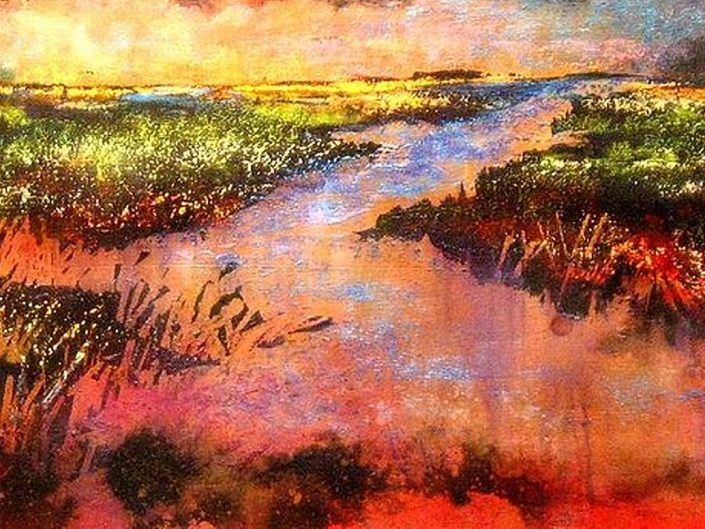 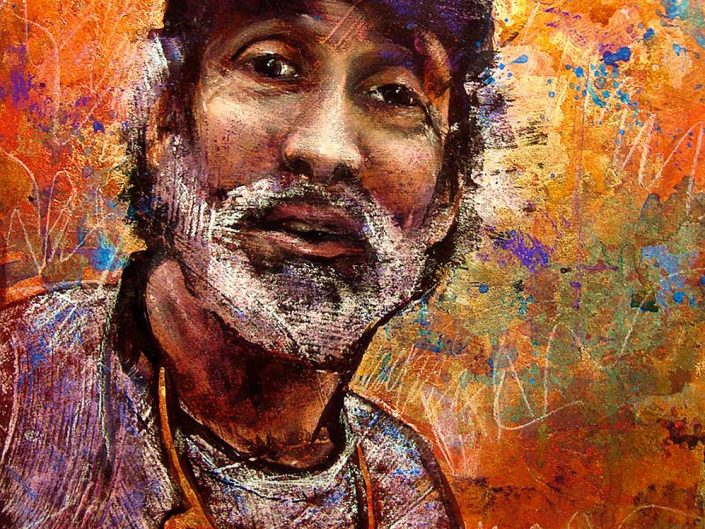 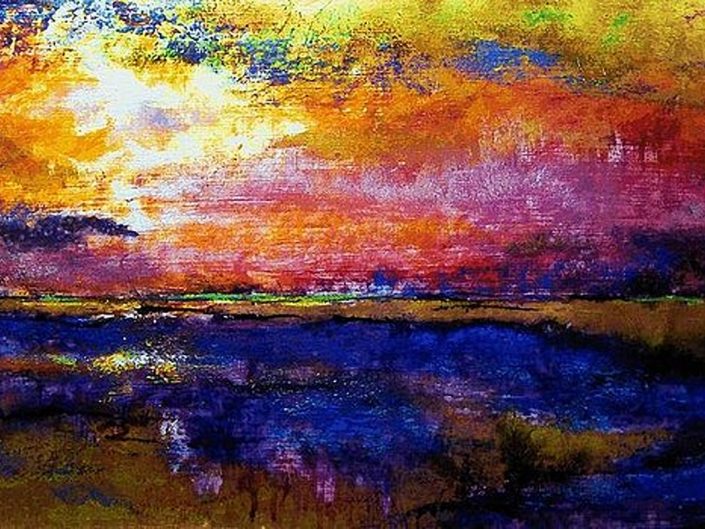 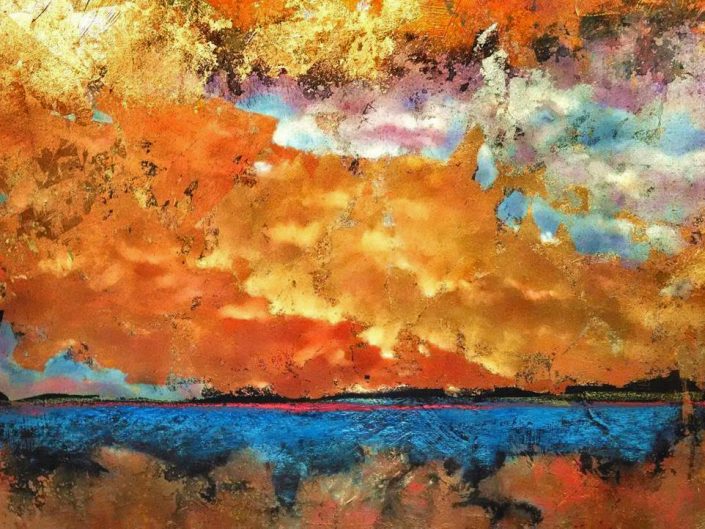 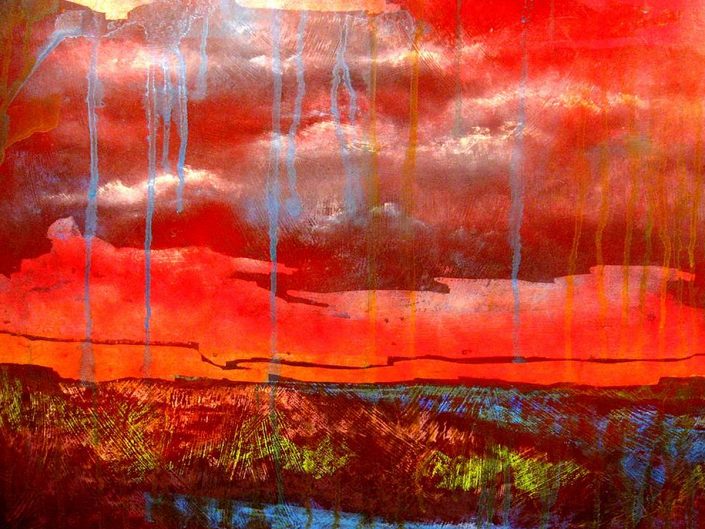 To Jesus through Mary 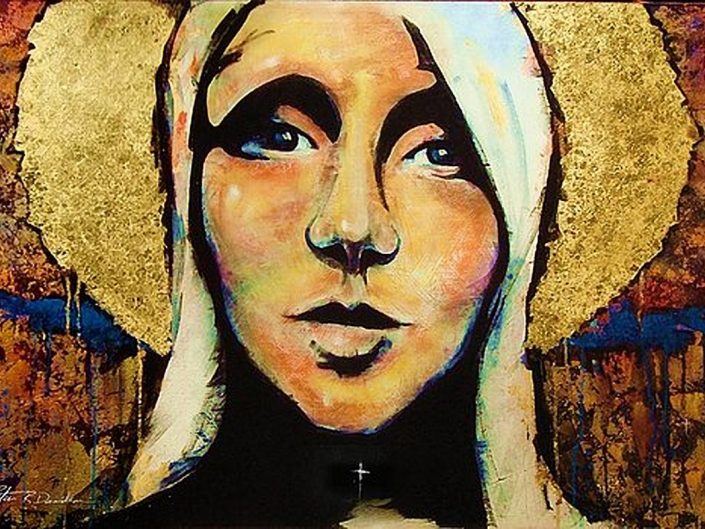 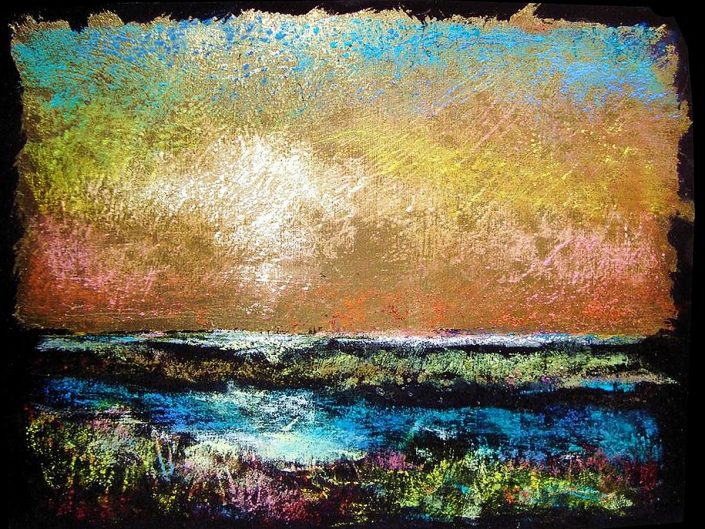 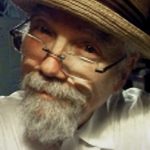 For artist Peter Davidson, art is a mystery. As is preaching.

Davidson equates the two because he also serves as a deacon at Our Lady of the Angels Roman Catholic Church in Cape May Court House.

“When I approach an empty canvas, it’s a mystery … a mystical experience. But so is getting into the pulpit and preaching,” Davidson says. “I look at it this way, I don’t believe what we see out there — nature — is God. But I believe it is a glimpse of His reflection. And through His reflection, the artist has a share in His creative process.

“With the more realistic paintings, I’m doing what I see. With expressive, I’m showing what I feel. It’s all God’s reflection to me. I’m trying to give my expression to His reflection.”

A graduate of the Hussian School of Art, the pastel artist quickly discovered that, in the real world, he needed a better way to pay the bills. So, like many artists who still want to utilize their fine art background, Davidson, whose work can be seen in-season at Beacon Art Shortwave Gallery in Stone Harbor, went into commercial art and opened his own ad agency.

But approximately six years ago, right before entering his diaconate training, which he had been pondering for years, Davidson found himself laying on a gurney after suffering a heart attack.

“Seeing the world flat — me being flat on a gurney — and looking up and seeing clouds go by while being rushed to the hospital … all I could think of was going back to painting, real painting, not commercial art. I came out thinking, ‘I’m going to paint again; I’m going to go for it.’

“And I’ve been doing it feverishly ever since.”

Even though he works on his art regularly, that doesn’t mean he necessarily has an intention for it in mind.

“It’s mystical,” he repeats. “There are times when I don’t know where it (art) is going. But wherever it is, it’s coming. Even if it’s not going right for me, I just let loose and it always works. And then it sort of tells me, ‘there it is, it’s done, sign it.’

“I don’t lead it, I follow it. I don’t control it. I follow it, I chase the painting. That first marring with a pastel … I chase that. That’s how I do it. I really never know where I’m going. I may have an idea or impression. But where it ends up is the mystery, the mystical part.”

When speaking to Davidson about his art, he often refers to Pope John Paul II’s 1999 “Letter to Artists,” in which he states pearls such as:

And the one that really gets to Davidson …

“The fact that He wishes to associate me within his creation … it blows my mind,” Davidson says humbly.

These days Davidson’s pastels are more mixed-media, since he now regularly incorporates gold, silver or copper leaf to create a brilliant illumination for which the proper lighting, Davidson claims, is “crucial.”

Davidson is a busy man between his art, his church and his ad agency, which he still has. But he’s able to find a nice balance between them, something that surfaced unintentionally and even, perhaps a bit mysteriously.

“I live by deadlines with my ad agency. My art is a great outlet to let loose. It’s mystical therapy.”